I'm so sorry I haven't blogged in so long, but some pretty exciting stuff has happened over the weekend and I've been a bit preoccupied. So, let me tell you my big news...I got engaged!!
Tyler and I went to Nashville on Saturday to celebrate being together for a year and two months. While we were there we wanted to go to Centennial Park to snap some shots, so we walked around a bit. Tyler seemed really distracted and kept texting "his sister" a lot (which turned out to be my parents), and wanting to move around to odd places. I accepted it and just thought he was in a weird mood. Finally, we started walking towards the Parthenon (Yes, there's one in Nashville too) and he said he felt ill and needed to sit down in the shade. While we were walking I asked if I could see the pictures, and he wouldn't let me, at this point I just thought he was in a weird mood and he should sit down and hopefully feel better. I suggested several times to sit down towards the end of the Parthenon, but he insisted we go to the front because there "is more shade towards the front", so we walked that way, and sat down. He finally let me look through the pictures and all of a sudden I happened upon this one... 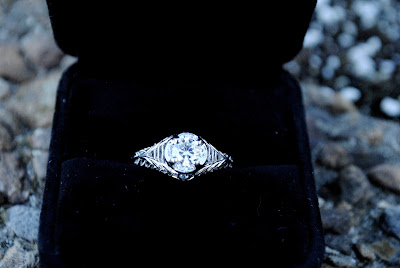 I thought for a moment I saw something I wasn't supposed to and I looked at Tyler in shock as he got down on one knee and asked me to be marry him. It was so wonderful, and such a great surprise. As we hugged he told me my parents were there, and I looked to the side to see them both taking pictures of us. I'm going to get married! I'm so incredibly excited! I love him so much.

The ring is a platinum re-casting of a 1920's art deco style ring, and I completely love it. Nothing could have been more perfect for me. He picked it out completely on his own, and I adore it.

So far, the best day ever. 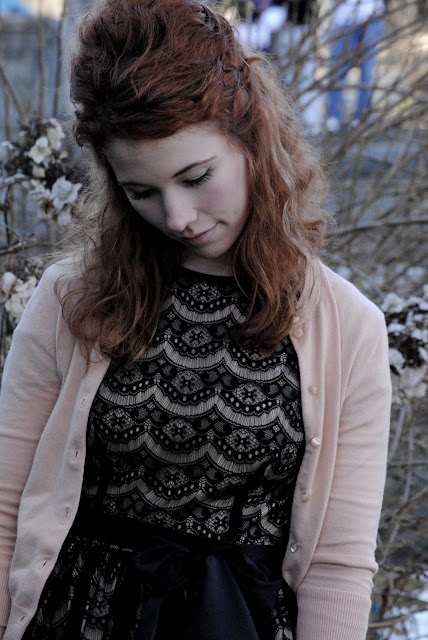 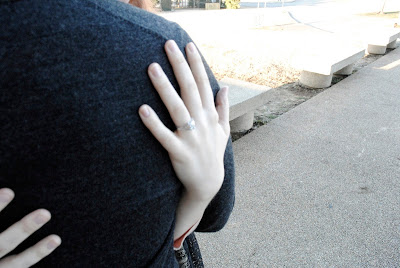 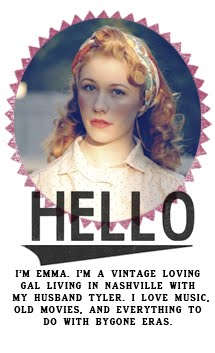